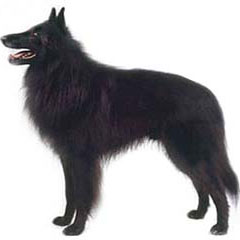 Belgian shepherds were working farm dogs expected to both herd and guard. The coat tended to differ in length, texture, and color in various regions. Those with a long, black coat became known as the Groenendael, after the kennel most known for their production. Around 1900 the Groenendael kennel began specializing in the long-coated black dogs, based upon an influential stud dog of the time, Piccard D'Uccle. In the early 1900s Belgian shepherds were already being used as police dogs in Europe, with a few performing that duty in America as well. In World War I they served as sentries, messengers, and even draft dogs. This increased their international exposure, and after the war they became distributed further abroad. AKC recognized all the coat varieties as one breed, the Belgian Sheepdog, in 1912. The first Belgian Sheepdog registered with the AKC was named Rumford Dax. The AKC divided them into three separate breeds - the long-coated, black Belgian Sheepdog, the long-coated, sable Belgian Tervuren, and the short-coated, sable Belgian Malinois - in 1959. In 2006, the Belgian Sheepdog ranked 122nd among the 155 breeds registered by the club.

The three Belgian breeds all make excellent police dogs because of their uncanny intelligence, protectiveness, and ability to obey commands. That doesn't mean they're for everyone. They are very alert, very active, and very aware when they have an owner who doesn't know how to handle them. Some can be domineering, both with people and other dogs. This is an active dog that needs a great deal of physical and mental exercise.

The Belgian's shimmering black coat adorns a lithe body of no exaggerations. The head is an elongated wedge, carried proudly on an arched neck. The body is square-proportioned, the ears pricked, the bushy tail seldom held over the level of the back. The coat is made up of an extremely dense undercoat with harder, shiny guard hairs.

This is a breed that absolutely must be trained. They require firmness but may rebel at roughness. Fortunately, they are eager learners, and thrive on challenges. They are adept at obedience and tracking.

Like most herding dogs, Belgian Sheepdogs need a lot of exercise. They are tireless trotters and make good hiking and jogging partners. Even in a small area they will trot in large circles, although such exercise is not sufficient to stimulate their mind. They shed their coat twice a year, during which time they must be brushed daily. During the rest of the year, weekly or twice-weekly brushing is required.

The Belgian Sheepdog has no overwhelming health concerns. However, seizures, allergies, skin disorders, and to a lesser extent, hip dysplasia, elbow dysplasia, pannus, and progressive retinal atrophy are all seen in the breed. Any dogs intended for breeding should receive OFA and CERF screenings first.

Piccard D'Uccle, who was acquired in 1897. He is considered by many to be the father of the breed.

© Copyright 2014 LifeLearn Inc. Used and/or modified with permission under license. 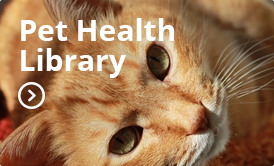 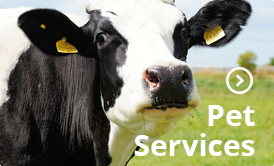 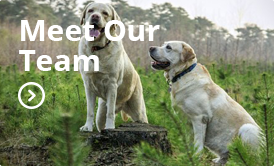